Now is the time to splurge on a gift for a rookie podcaster or game streamer. Amazon is running a sale on many Blue microphones for Black Friday, with up to 35 percent off Yeti models. The Blue Yeti Nano is down to $70 (normally $100), while the regular Yeti has dipped to $90 (usually $130). You can also find deals for higher-end models and bundles. 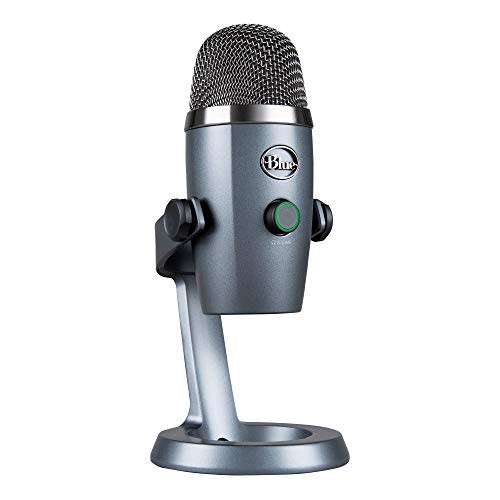 At this price, the Blue Yeti Nano is a good value if you're new to podcasting or livestreaming and want a quality audio upgrade.
$70 at Amazon

Blue has a reputation for quality microphones, particularly for anyone making their first foray beyond built-in mics. As Engadget's own Valentina Palladino noticed, the 'entry' Yeti Nano provides a major audio quality upgrade for podcasts and video calls without consuming much desk space. It's also reasonably future-proof with both cardioid and omnidirectional polar patterns — you can host roundtable podcasts in addition to virtual chats.

Higher-end models mainly improve fidelity and monitoring. The standard Blue Yeti has three condensers versus the Nano's two, and supports stereo and figure-eight patterns. Spring for the top-end Yeti X and you'll get four condensers, 24-bit/192kHz audio, LED metering (to keep your output at the right volume) and even custom lighting. These won't replace the most advanced microphones on the market, but the sale prices make them good values for many users.