Looking for something new to play during the winter gaming lull? There are a lot of great video games to choose from this week, including a great deal on the new Pokemon Violet. You can also roll around at the speed of sound with Sonic Frontiers, or explore the cutesy world of It Takes Two. Which game will you choose to while away the weekend? 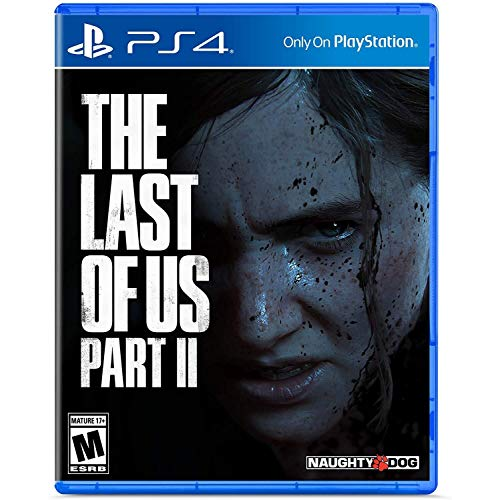 'The Last of Us: Part II' for PlayStation 4

$27$40Save $13
With the TV show out now and getting rave reviews, now's the perfect time to revisit the game that started it all.
$27 at Amazon

The Last of Us: Part II picks up where the first game ended, continuing the epic story of friendship, survival and found family. This No. 1 bestselling title is popular for a lot of reasons — no wonder HBO snapped it up for a (critically acclaimed) TV adaptation.

"I loved the original — not only for its great scares, but also its surprisingly potent storytelling. Who knew you could become emotionally invested in a couple of video game characters like this? Then I heard there was controversy about how the sequel ended," said one impressed gamer. "After playing it, I'm guessing the whiners just don't get nuance and probably wanted a typical final boss battle. Instead, they got a poignant tale about redemption and the futility of revenge; and, man, there are some terrifying sequences in here. This game is pretty great (even if the ability to hide in 12-inch-tall grass is a bit overpowered.)" 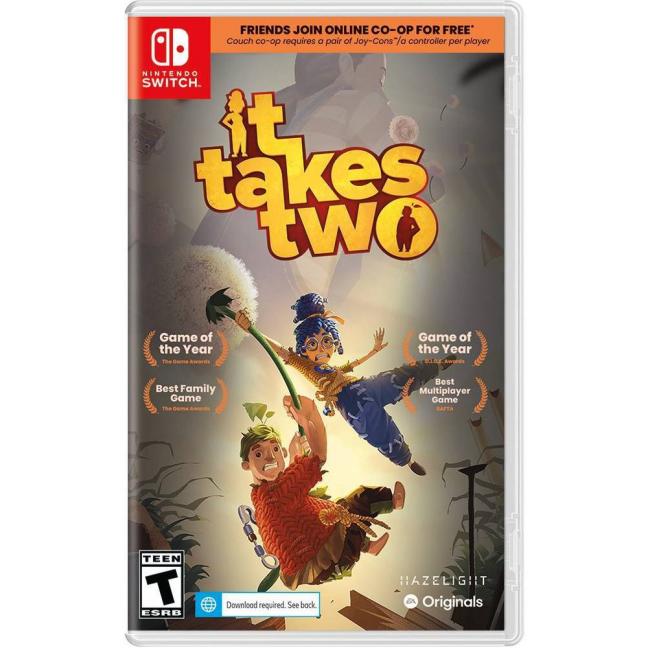 'It Takes Two' for Nintendo Switch

$30$40Save $10
Play with your favorite person and discover the value of relationships in this cooperative two-player game.
$30 at Target

It Takes Two is a game about relationships — that of a couple trying to save their marriage, and that of this same couple and their young child. Solve puzzles and battle your way across a world in a Honey, I Shrunk the Kids-style experience.

"I personally played on PS5, but gave this as a gift. Best co-op game in a long time! The story is whatever, but gameplay is so fun! You also get different power-ups each level so it doesn't get stale." 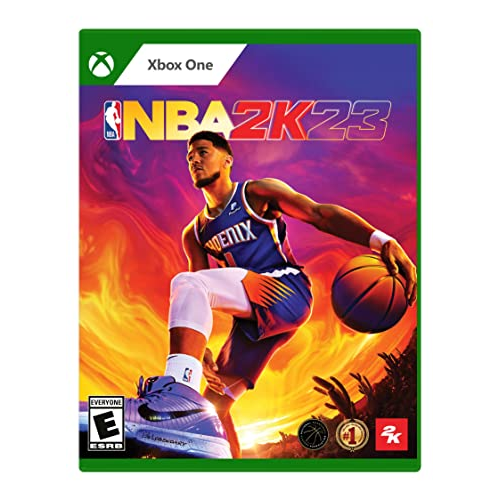 $20$60Save $40
Step into the shoes of your favorite players and dominate from the half-court line in the hottest basketball game on the market.
$20 at Amazon

NBA 2K23 packs everything basketball fans know and expect into one tight, streamlined experience. You'll feel the rush of sinking three-pointers in the role of your favorite players. Play through career mode and forge a legend for yourself, or take part in the Jordan Challenge and follow MJ's star-studded career from the ground up. Basically, whatever you want to do and whoever you want to play as is on offer.

"Great game, and my grandson loves playing basketball outside as well as on the game with his friends," said one happy grandparent. 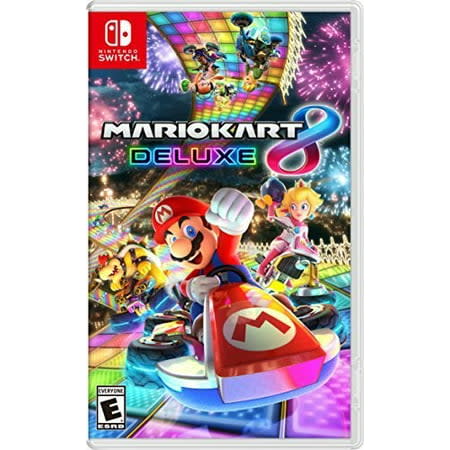 $50$60Save $10
'Mario Kart' is the king of all classic cart racers, and 'Mario Kart 8 Deluxe' is one of the bestselling, most family-friendly games of all time.
$50 at Walmart

Start your engines! If you need a game that's approachable (and appropriate) for all ages, look no further than Mario Kart 8 Deluxe. Originally launched on the Wii U, this hit cart racer is back with a huge amount of content. The bonus map packs bring back courses from a wide range of Mario Kart games and ensure you won't get bored anytime soon.

"This is by far my son’s favorite game on the Switch. The graphics are amazing and the choices of cars and characters is fantastic. There so many more courses and so many variations — it is simply awesome. Highly recommend this game," said one dad. 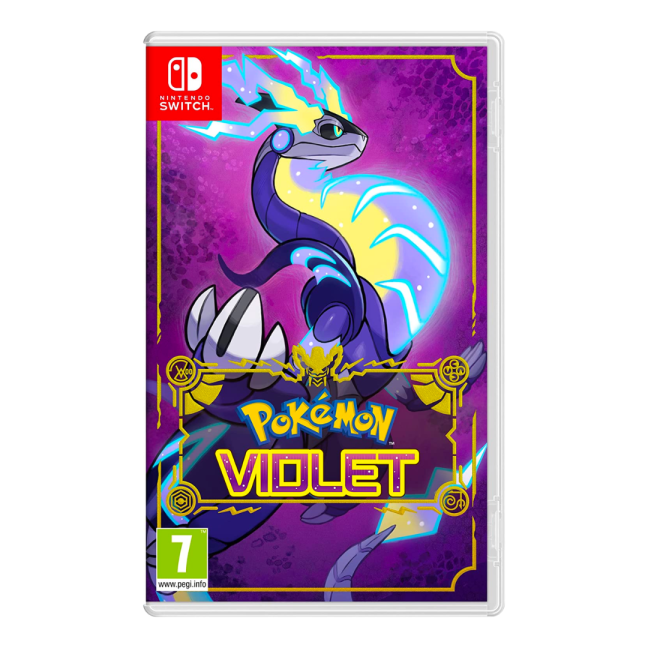 $52$60Save $8
One of the most popular games of the year, 'Pokémon Violet' is a romp across the region of Paldea. With brand-new Pokémon to discover and rivals to battle, this baby will keep you entertained for hours.
$52 at Amazon

Will you choose the Fire Croc Fuecoco, the Water-type Quaxley or the Grass-type Sprigatito? All three are adorable, and all three are viable options. Whichever you pick, you'll get a similar experience with both Pokémon Violet and Pokémon Scarlet. There are a few differences between these games, but that's part of the fun!

"This new open world Pokemon game is awesome! I’ve been so busy exploring that by the time I hit my second badge my team was already in the level 60s 🤣. There’s three storylines.... Highly recommend this new gen," said one gamer. 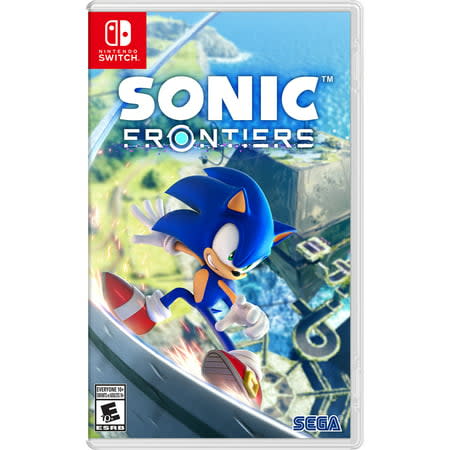 $19$60Save $41
'Sonic Frontiers' takes players on an adventure across five different islands, each with their own secrets to discover and puzzles to solve.
$19 at Walmart

One fan called this a new era of Sonic. "I'm still in the middle of playing this game, but the level design is mostly well-thought-out and the character interactions are so much better now than in years past. There are true connections from Sonic to each one of the characters, and the boss fights are an interesting, outlandish take. However, it works well with what this story conveys. Highly recommend!" 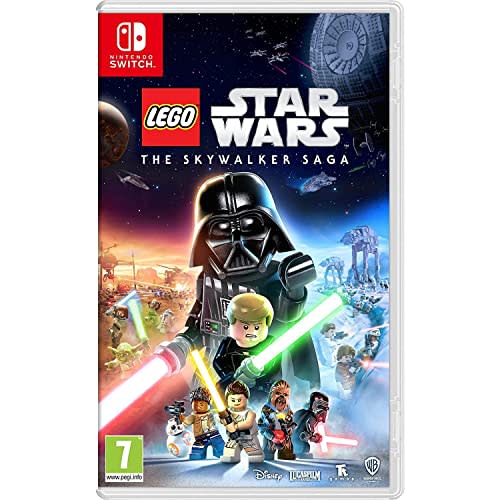 $28$60Save $32
This winner lets players experience the main 'Star Wars' story through all nine movies. Travel to any planet, almost anytime, and explore the galaxy.
$28 at Amazon

Like Lego? Like Star Wars? Then putting the two of them together is a surefire win! Play through the story of Star Wars and experience every planet in a whole new way. Explore different lands and pilot all the different vehicles with one of literally hundreds of playable characters.

"Lego Star Wars: The Skywalker Saga is one of those games that you pick up and don't want to put down.... like, ever! The newest game in the long-running Lego series offers players the chance to play across nine Star Wars movies. Travel across 20 iconic planets with hundreds of unlockable characters and vehicles as well as action-packed battles and epic cut scenes!" said one ecstatic fan. 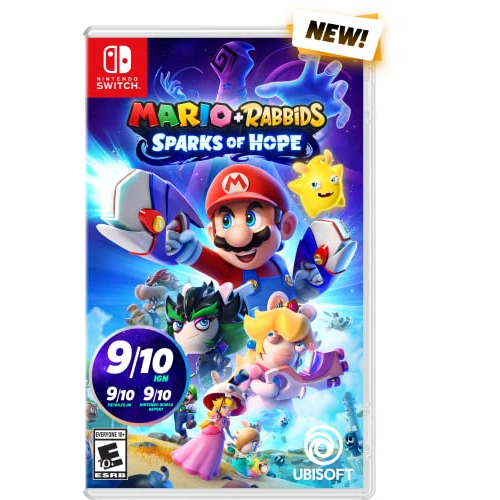 $39$60Save $21
Any fans of strategy games should give this one a shot! Join Mario and friends as they dive into a riotous tactical adventure.
$39 at Amazon

With nine characters to choose from, you can build a team of three to help you fight the forces of evil and save the galaxy by rescuing the scattered Sparks. Utilize cover, employ unique abilities and think through every move — you can be sure your enemies will, too!

It's even impressive to people who aren't fans of strategy games. "This game was loads of fun. I never played the first one and thought that I'd be lost and clueless on certain aspects of the game, but it's its own standalone story. Each of the characters and star Sparks have unique abilities, so playing is a breeze. Turn-based strategy usually bores me and feels like a drag, but this game was fun and accessible." 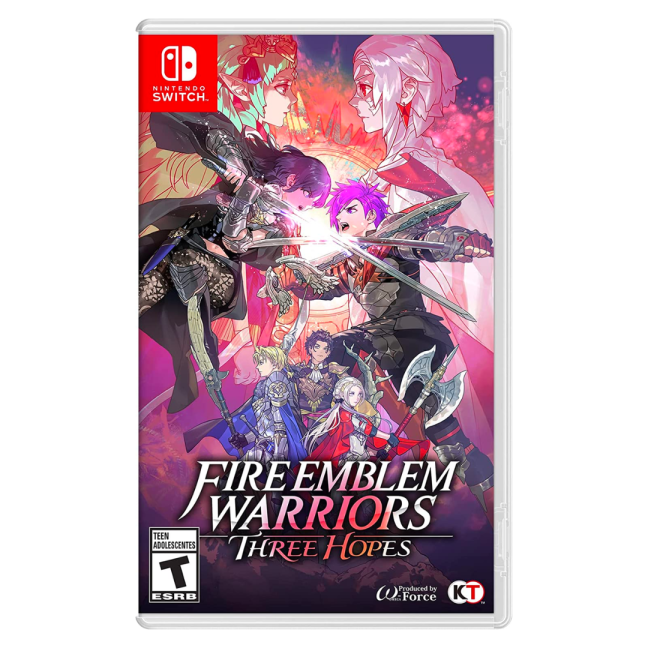 $38$60Save $22
Fight your way through battlefields full of enemies employing character-specific abilities, all the while enjoying a richly crafted story.
$38 at Amazon

Anyone who's a fan of Fire Emblem: Three Houses can get more of the universe they love in this musou-style interpretation. Fight your way across massive battlefields with action-adventure gameplay. Don't worry, though; it doesn't do away completely with that classic Fire Emblem strategy — employing unique twists on gameplay to keep you on your toes.

One player said, "This game is a fantastic addition to Fire Emblem: Three Houses lore. If you enjoyed Three Houses and don't mind a small mixture of warriors gameplay, this is a must-play. This game also would have been welcome as a mainstream Fire Emblem title." 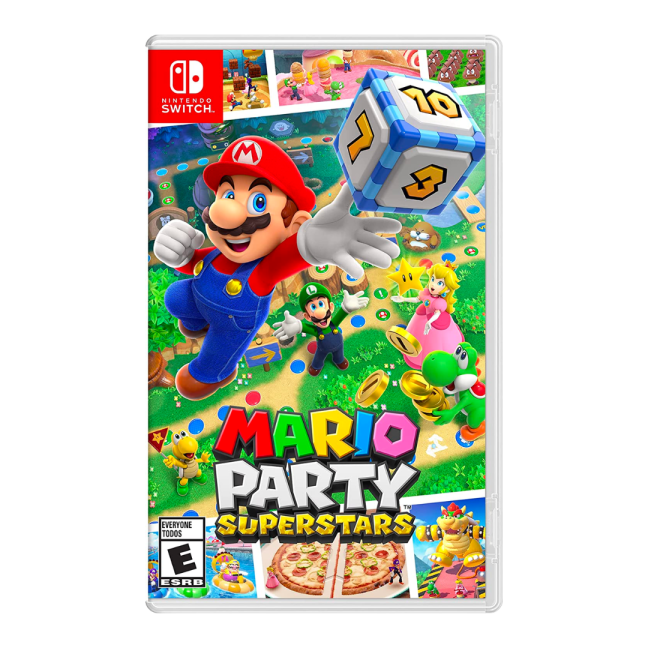 With five classic playfields from previous Mario Party games, Mario Party Superstars has plenty of nostalgia for long-time players along with tons of new content to experience. You can play online with friends across the globe — or on the couch sitting with your family. It's a blast for everyone, no matter their proficiency with a game controller.

One player said their entire family loved it. "Mario Party Superstars has a great mix of classic Mario Party games. Everyone from my 5-year-old to my husband can find a game they like. Some games are very simple and others require more skill. We've had a lot of fun family game nights with this one." 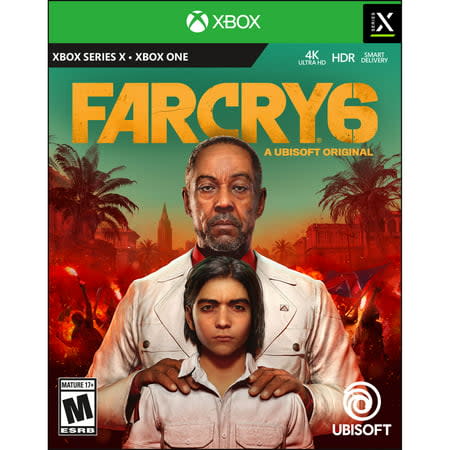 $15$60Save $45
For those that want a more mature experience, join in on a revolution to free the fictional country of Yara from the clutches of an evil dictator.
$15 at Walmart

With Giancarlo Esposito starring as the iconic villain in the game, Far Cry 6 comes out swinging with a huge cast. It's the biggest adventure yet, and you can join the revolution to free the nation of Yara and fight against the forces of Anton Castillo, the man who rules the nation with an iron grip. Trust us, you won't forget the experience — but parents, note that this one is absolutely not for the kids.

"The best installment yet of a great game franchise!" said one happy fan. "They outdid themselves on this one, especially with Giancarlo Esposito's acting as the main 'bad guy.' I'm loving this game!